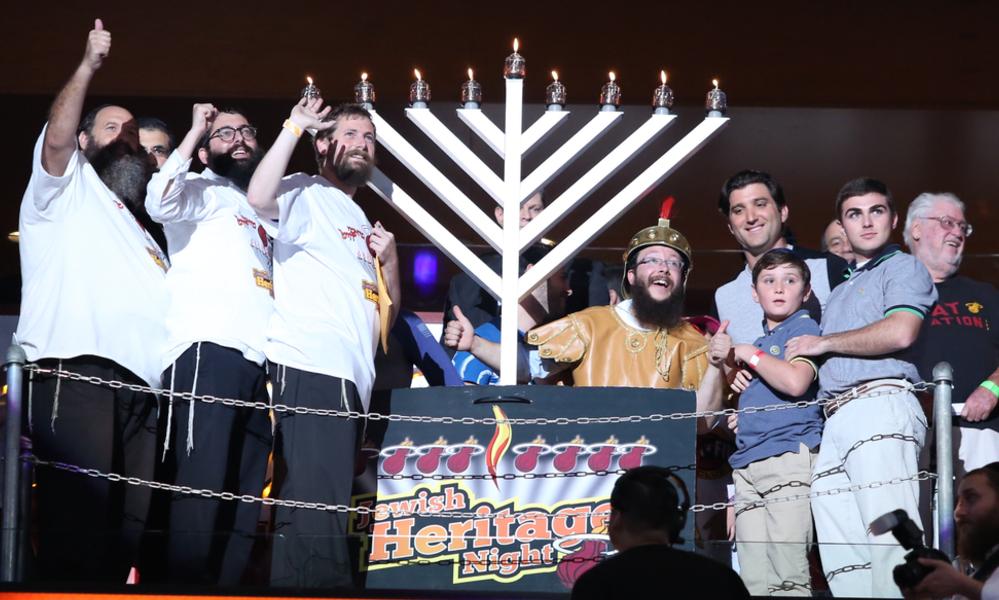 South Florida Jewish basketball fans have the opportunity to both celebrate Hanukkah and cheer on the Miami Heat with Goran Dragic and Hassan Whiteside as they take on the Oklahoma City Thunder with Russell Westbrook during the eighth annual Jewish Heritage Night on Dec. 27.

The event, which begins at 6 p.m. at American Airlines Arena, 601 Biscayne Blvd in Miami, is coordinated by Chabad of South Florida with the participation from the Heat organization.

Rabbi Pinny Andrusier, a co-organizer for the event, noted that Jewish Heritage Night has grown over the years as more and more people attend every year, including those from around the country who fly in for it.

"It's more exciting than previous years and it's truly become the Hanukkah event that everybody wants to attend."

Jewish Heritage Night features a pre-game performance before the game that begins at 7:30 p.m. and a menorah lighting on the court. There will also be a grand menorahlighting during halftime at the arena's new digitally enhanced East Plaza. Performances by Jewish recording artist Yoni Z, illusionist Ilan Smith and the Rogers Park Band will also take place at the East Plaza. Following the game, there will be a free throw shot and Hanukkah party on the court. Glatt kosher barbecue and food sales will be served and Jewish t-shirts and souvenirs will also be available.

Andrusier praised the Heat organization for being so accommodating over the years.

"I don't know of any other arena that stops play between the first and second quarter and tells everyone to rise and celebrate with the prominent Jewish population and I'm proud of the Heat that they acknowledge it by celebrating Hanukkah and lighting a proper menorahduring the game. The great applause we've gotten speaks volumes of how appreciative the Jewish community is of that ceremony."

"You have to give a lot of credit to the Miami Heat organization for recognizing Jewish heritage and what better way to do it than on Hanukkah," Gimenez said.

"I think they show an appreciation for all cultures and religions. They do a good job of making everyone feel comfortable being a Miami Heat fan."

Visit jewishheritagenight.com, call 305-504-8440 or email Info@JewishHeritageNight.com for more information or to purchase tickets, including discounted ones.Copyright